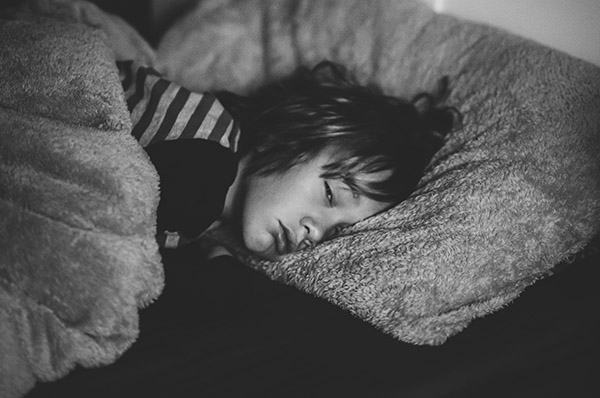 A study of more than 2000 eight year-olds in New Zealand has found nearly half are sleeping in bedrooms that are too cold. Image: Annie Spratt, Unsplash.

A study of more than 2000 eight year-olds has found nearly half are sleeping in bedrooms that are too cold, some slept in temperatures below 10°C. The world-first research was a joint project between the building researchers BRANZ and the University of Auckland longitudinal study Growing Up in New Zealand.

It involved children in the Growing Up in New Zealand study collecting temperature and humidity data at home and school over two days.

This indoor environment information was linked to health information collected from the children.

The linked information showed that an indoor temperature of between 19-25°C, with a relative humidity of 50%, measured at the children’s bedtime, was associated with the best health and wellbeing outcomes.

It adds robust, child-specific data to the evidence supporting World Health Organisation guidance on safe indoor temperatures (18-24°C). However, the study also found that around 60% of children lived in homes where they recorded temperatures and humidity outside of this optimal range. Nearly half slept in a bedroom that was too cold (19°C or less) and children sleeping in these environments had a greater likelihood of reported poorer overall health, regardless of the humidity level.

A further 13% slept in a bedroom that was both too warm and too humid (greater than 25°C with higher relative humidity) and they also had greater likelihood of reported poorer overall health.

“It provides important evidence to support legislation changes designed to improve the indoor environment of New Zealand buildings, such as the current energy efficiency revisions to the Building Code."

“Keeping buildings warm is complicated but changes to insulation and glazing requirements, and reducing energy consumption, all contribute to the health and wellbeing of New Zealanders,” he says.

Growing Up in New Zealand spokesperson Professor Susan Morton says the research is ground-breaking. “This study is the first in the world to gather actual temperature and humidity readings from the homes of thousands of children and then link the data to reported measures of child health and wellbeing.

“Most New Zealand children spend nearly three quarters of their time indoors and this study gives us a deep insight into the quality of their indoor environments across the day and night.

“Unfortunately, this research confirms that many children who live in poor quality indoor environments, where it’s too cold or too humid, do experience poorer overall health as a result,” says Professor Morton.

Radio New Zealand reporter Katie Doyle discusses the research with BRANZ's Chris Litten and others on the research team on Morning Report.

Newstalk ZB's Kate Hawkesby also interviewed Chris. Chris said that houses need to be built so they're warmer - but that we also need to heat them.

“It’s part of New Zealand culture, we need to get over it. We need to start heating things and looking after ourselves.”

Find out more about Growing Up in New Zealand’s research at www.growingup.co.nz