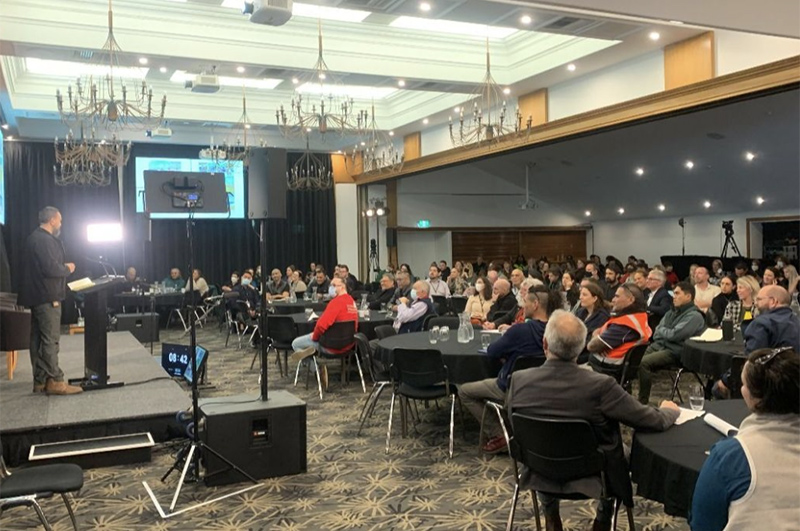 Co-hosted by Biosecurity New Zealand, the wānanga showcased the work of local Māori biosecurity practitioners and initiatives led by hapū/iwi and Māori communities. The symposium was an opportunity for hapū/iwi and Māori communities involved in the biosecurity system to come together for the first time nationally, and it highlighted issues in the system, but also opportunities to ensure Aotearoa New Zealand's biosecurity system is connected, well-resourced, and Tiriti-led.

Stuart Anderson, Deputy Director General of Biosecurity New Zealand, noted that “a successful biosecurity system requires all of us to work together.”

TTW lists the key messages from the symposium as follows:

With close to 300 people in attendance, in-person and on-line, the speaker line-up boasted an array of industry stalwarts including Stuart Anderson and Stu Hutchings from Biosecurity NZ, Te Ahukaramū Charles Royal, Aroha Te Pareake Mead and panels of kaumatua and rangatahi. An added bonus to those who attended in-person was hearing the engaging and deeply personal stories of the gala dinner speakers, Dion Tuuta (Te Ātiawa) and former NZ Defence Minister Hon Ron Mark.

On the last day, the team and rangers from the Taranaki Mounga project, hosted guests for a hikoi through the Kaitake ranges, showcasing their pest management control infrastructure. Taranaki Mounga is a collaborative partnership between DOC, Iwi of Taranaki, NEXT Foundation and founding sponsors Shell New Zealand, TSB Community Trust, Jasmine Social Investments, and Manaaki Whenua – Landcare Research.

Recordings of the symposium presentations are available to registrants for three months following the event. TTW says that since the symposium, they have received a lot of positive feedback from attendees.

The Māori Biosecurity Symposium included the signing of a Memorandum of Understanding (MOU) between Te Tira Whakamātaki and Biosecurity New Zealand. The MOU is a principles-based agreement between the two organisations, and commits the parties to a partnership that focuses on important biosecurity matters for Māori and Aotearoa. Melanie says they look forward to working with Biosecurity New Zealand and to building a working relationship that benefits Māori, Aotearoa, and te taiao.