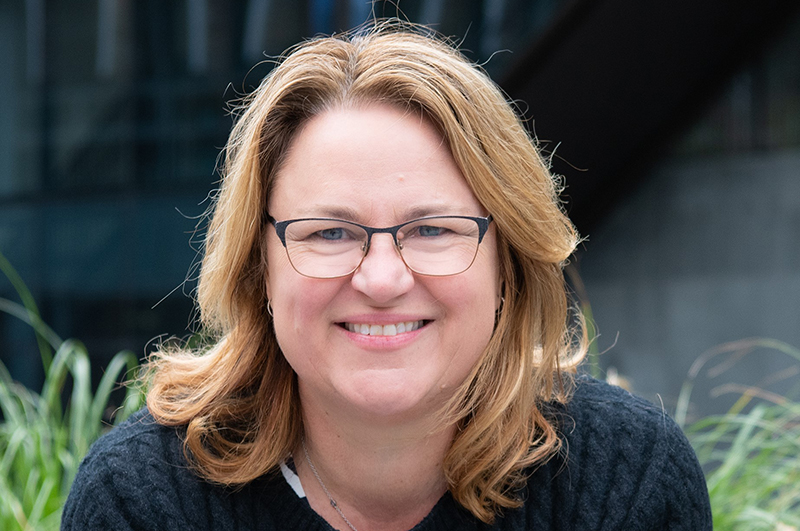 Cawthron has announced the appointment of Danette Olsen as a new Trustee to the Cawthron Institute Trust Board. Image: Cawthron.

Cawthron has announced the appointment of Danette Olsen as a new Trustee to the Cawthron Institute Trust Board.

Danette has extensive experience working in the research sector and is currently employed as Director of the Research Office at Victoria University of Wellington. She has held senior leadership roles at Cawthron, Plant & Food Research, and MBIE. Her time at Cawthron included the positions of Manager Research Strategy and Group Manager Aquaculture and Biotechnology. At MBIE, Danette managed a range of funds including the National Science Challenges and Strategic Science Investment Fund.

Prof. Charles Eason (Charlie), former CEO of the Cawthron Institute and a current director on the board of Bragato, has been appointed to the Science Board of the Ministry of Business, Innovation and Employment (MBIE) by the Hon. Dr Megan Woods (Minister of Research, Science and Innovation). The MBIE Science Board is responsible for making strategic and investment decisions for both the Endeavour Fund and National Science Challenges, which are some of largest funded programmes in Aotearoa New Zealand.

Congratulations to Melanie Mark-Shadbolt, Kaihautū Chief Māori Advisor to the Ministry for the Environment, the Director Māori of NZ’s Biological Heritage National Science Challenge, and CEO of Te Tira Whakamātaki Foundation, who has been named as a 2021 Women of Influence Award winner in the Public Policy category.

Jane was the lead author on a paper “Experimental Investigation of the Effects of Air Pocket Configuration on Fluid Transients in a Pipeline,” published in the Journal of Hydraulic Engineering in December 2020.

The paper presents an experimental study on the transient transmission and reflection of stationary inline and offline air pockets along a pipe under zero base flow conditions. This research has numerous implications on the assessment of the reliability of water-supply piping systems around the world. The results can be used in transient detection operations with the aim at differentiating inline pockets from offline pockets that do not obstruct flow.

The award is presented to the author or authors of the paper that is judged to be of superior merit in dealing with a problem of flowing water, either in theory or in practice.

Congratulations to Livvy Mitchell, who has won the 2021 Motu Doctoral Scholarship. The scholarship is awarded to Motu Research Analysts who leave Motu Research to do a highly rated PhD course.

The scholarship objectives are to recognise the recipient’s outstanding contribution while employed at Motu – and encourage the recipient to gain the qualifications needed to become an independent researcher.

At Motu, Livvy worked on and led a range of research projects across different topics. In February 2022, Livvy starts her PhD in Economics at AUT.

Irene Tozzi has joined the Bragato Research Institute team, as a Research Assistant Winemaker. Originally from Italy, Irene has completed a Bachelor and Master of Science in Viticulture and Enology across five different countries. Her first years of study were in Italy and Spain, where she completed a research project on the use of grapevine by-products as colorant agents. She then started her Master’s degree moving between French, Portuguese, and South African universities. During this time, she worked in a research winery where she completed a project on the effects of hyperoxygenation on Chardonnay juice with a focus wine chemistry and sensory analysis.

Dr Jessica Rivera-Perez has joined Bragato as a Research Technician. Originally from Puerto Rico, she obtained her BSc and PhD in Molecular Biology from the University of Puerto Rico and completed internships in California Polytechnic State University and Woods Hole Oceanographic Institute before heading to New Zealand in 2017.

He will bring his finely tuned precision agriculture and remote sensing expertise to PlantTech and lead the research team at the new Palmerston North satellite office based at shared space Two36.

When outgoing Lincoln Agritech Board Chair Ted Rogers considers his 17-year tenure, he exclaims he’s been on the board for “an astonishingly long time!” But it’s also been a time filled with a great sense of pride, admiration, and achievement.

Ted joined Lincoln Agritech, or Lincoln Ventures as it was then, as a director in 2005, becoming chair in 2009. “I think all the way through, there have been so many exciting times of achievement, and some times of strong challenge,” he says.

Those challenges have been as much social as commercial – to the global financial crisis add the Christchurch earthquakes, the March 15 terrorist attack, and now COVID.

Summer of labs and learning at Lincoln Ag

Summer is usually a time for kicking back and taking it easy, but four students put in some hard yards, gaining hands-on experience working at Lincoln Agritech.

All four are studying at the University of Canterbury, and they all say their summer work experience has been interesting, valuable, and even fun.

Also interning this summer is Hayley Wikeepa, working at Dragonfly as a placement from the Pūhoro STEMM Academy.

Hayley is currently studying for a bachelor of information sciences at Massey University.

“The internship matches up well with my degree. I’m also keeping my studies going with three papers while I work, so it’s goodbye summer, but I’m fitting everything in so far.”

Her project involves writing coded scripts to pull information from tables in the WorkflowMax project management software that Dragonfly uses. “I’m having to figure out the right questions to ask. The database query will tell me exactly the answer to the question I ask, but that might not be the answer I want!”

The project will introduce students in years 9 to 13 to the world of the brain and its structure using computer-generated imagery.

HERA is one of 30 industry partners and seven research associations in The Sovereign Manufacturing Automation for Composites CRC (SoMAC CRC) programme. This is a $260 million funding bid under Australia’s Cooperative Research Centres programme around intelligent manufacturing automation and the emergence of new high-value industries. The focus of SoMAC CRC will be to address these opportunities and strengthen current industry with digital-export-ready, cost-competitive, high-quality platform capability, with the hope to create a world-class, highly automated, digitally enabled, network of designers, manufacturers, and service providers.