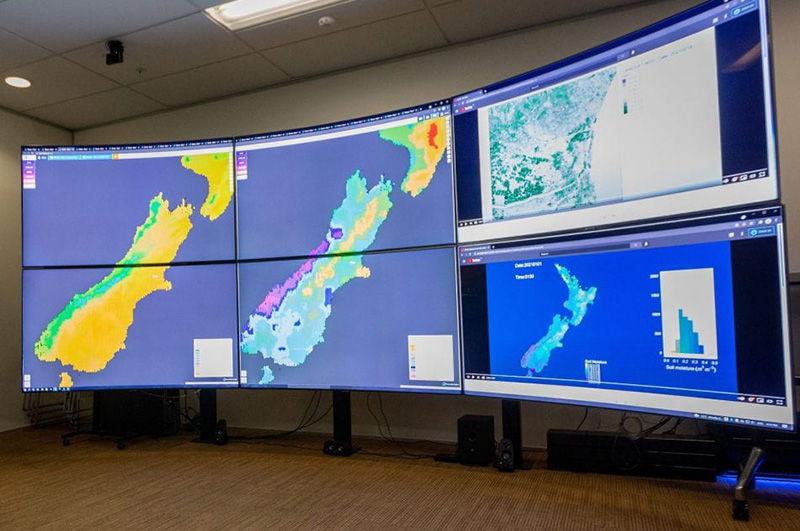 Aqualinc are contributing to the success of the joint NASA - National Aeronautics and Space Administration / Air New Zealand/ NZ Space Agency Rongowai mission, being led by Professor Delwyn Moller from the University of Auckland.

In a world-first, Air New Zealand flight NZ8844 took off on Tuesday 13 September from Christchurch to Nelson carrying a NASA next-generation satellite receiver.

Air New Zealand is the first passenger airline in the world to join a NASA earth mission, working together since 2020 on the design, installation, and certification of the receiver onboard one of its Q300 aircraft.

The University of Auckland has established a Science Payload Operations Centre to receive and process the data in what could become New Zealand's largest source of environmental data. Project Lead, Professor Delwyn Moller, says the collaboration will put Kiwi scientists at the forefront of this emerging field.

"The data produced by this collaboration will be made publicly available, opening up a range of research possibilities, with many potential uses – from flood risk management to agriculture and resource planning."

"CYGNSS bounces GPS signals off the ocean to measure wind speeds to help predict hurricanes and cyclones. Over land, the technology can determine soil moisture levels, so it can also monitor climate change indicators such as drought, flooding and coastline erosion.

"The receiver that Air New Zealand is flying has advanced capabilities with the potential to be used for future space bound missions, so we're excited to test these out."

Find out more about Aqualinc.

Find out more about the Rongowai Mission.