IRANZ: The future of our science system 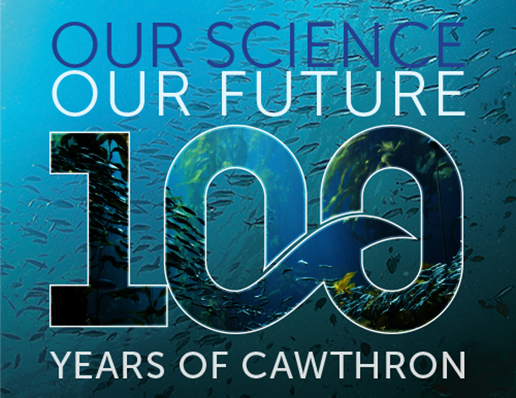 Officially established in 1921 by the last will and testament of Nelson philanthropist Thomas Cawthron, Cawthron Institute is now New Zealand’s largest independent science organisation with 300 staff from 35 countries, working across multiple sites in Nelson. Image: Cawthron.

As Cawthron, arguably Aotearoa’s longest established Research Organisation, celebrates 100 years, it is timely to consider the possible near future of our science ecosystem. The Government has recently suggested that our science system may be overhauled on a scale “not seen since the 1990s”. The comment was prompted by the long-awaited review of the National Statement of Science Investment focusing on The Impact of Science, the recommendations made in the CRI Review Te Pae Kahurangi, the PCE review of the funding and prioritisation of environmental research, and the current debate about Science Excellence initiated by MBIE’s Departmental Science Advisors.

Aotearoa New Zealand’s Independent Research Organisations believe that any review of our Research, Science, and Innovation (RS&I) investments should focus on investments that will provide value for our country from the best teams including IROs, CRIs, and universities supported by iwi, businesses, and national, regional, and local government agencies. It is important that the system is more equitable and focuses on removing costly barriers to participation by iwi, minorities, and independent applied research organisations not owned by the state.

The implementation of the recommendations made in Te Pae Kahurangi could potentially be one of the most significant changes to New Zealand research organisations and science infrastructure for many years. The review makes detailed recommendations including the following:

Te Pae Kahurangi links many of its recommendations to “other science system participants”. IRANZ represents Independent Research Organisations which collectively are a key participant in the science system, in combination representing around 850 researchers or equivalent to two CRIs.

Independent Research Organisations (IROs) are research organisations that have internal capability for carrying out research, science, technology, or related activities with ownership and governance independent of Government. IROs are not CRIs or universities, they have a variety of ownership structures including industry, philanthropy, private, public, and community. Accordingly, the resources required to even participate in the contestable RS&I funding rounds may be limited and in effect create a barrier to participation in what is supposed to be a ‘level playing field’.

Several IROs have been established with Government involvement (such as our Regional Research Institutes), in partnership with industry or communities, and/or when centralised DSIR or CRI structures were not appropriate to deliver the outcome that New Zealand wants. More than 100 years ago, a retired Nelson businessman and philanthropist Thomas Cawthron made a will that would have a lasting impact on New Zealand science from the early 1920s to today. Cawthron Institute was officially established in April 1921 with a bequest from Thomas Cawthron, who had a vision to conduct practical and independent scientific research for the benefit of Te Tau Ihu (top of the south) and New Zealand.

Te Pūtahitanga: A Tiriti-led science-policy approach for Aotearoa New Zealand is a new report by leading Māori researchers working across the RS&I sector. It seeks major changes to the way in which knowledge and evidence is used in policy and decision-making. It is also important that any new science-policy approach leverages the unique strengths of Te Tiriti o Waitangi and Mātauranga Māori to achieve better outcomes for Māori. The report argues for Tiriti-based guidelines for RS&I funding.

We have welcomed the discussion paper from MBIE Departmental Science Advisors on Research Excellence measures and how they are differentiated from Research Impact. For applied research, the impact of the research is a much better measure of excellence that academic peer-reviewed publications or bibliometric indices.

University researcher Dr Siouxsie Wiles describes Academic publishing as a broken mess in which researchers have to pay to get their research made open-access in Research Journals. Yet a feature of the current system for how Endeavour, Marsden, and PBRF decisions are made is that the first hurdle for research proposals is dominated by academic bibliometric measures and gives little or no recognition to the actual successful application of research.

The National Statement of Science Investment will focus on The Impact Of Science. This discussion paper from MBIE focusses on the concept of impact as it relates to the science system. It sets out why impact is important, what impact is, what impact looks like, and how and where impact is generated. It also discusses the implications of the impact pillar for the science system. There are many examples amongst IROs of successful research applications based on high-quality research including:

A Motu Research Note sets out a framework for evaluating the beneficial impacts of publicly funded research such as the examples listed above.

In conclusion, Independent Research Organisations are expecting big changes in public RS&I investment in the coming year. It is critical that these changes give us a science system that is equitable and recognises independent applied research organisations not owned by the state, as well as iwi and other minorities. These changes should focus on high impact outcomes from applied science delivered by the most appropriate teams from our spectrum of RS&I organisations - this will provide great future benefits for Aotearoa New Zealand. We believe we are an important and critical part of Aotearoa’s RS&I ecosystem with a vital interest in the planned changes.